In this pre-recorded, on-demand webinar, one of A.R.E.'s most popular presenters, Peter Woodbury, discusses the second half of The Book of Revelation.

Edgar Cayce gave twenty-three readings on the most esoteric and symbolic book of the Bible - The Book of Revelation. The enigmatic passages in this book have  long puzzled both the casual reader and more academic Biblical scholars. Peter Woodbury, MSW has been studying the Revelation with the help of Edgar Cayce’s unique interpretation of these highly symbolic chapters and brings them to life in meaningful and practical ways, making this material more relevant now than ever.

In this hour-long Webinar, Peter will focus on the second half of The Book of Revelation that addresses the personal and collective prophecy found within this work. According to Peter, “It took me several years to get a grasp of the Revelation, and then more time and research to understand the material well enough to make it accessible for others. What really helped was when I came across the pictorial description of Revelation in the 'Bamberg Apocalypse,' a series of richly illuminated manuscripts from the 11th century. The imagery in the Revelation is so unusual and so highly symbolic that it helps greatly to see the work depicted through art. In my presentation, I will use this artwork to help make the interpretations more accessible. I think you'll find it very enlightening and it will help you gain a new understanding of the message conveyed in this work."

Peter also has a more in-depth exploration into The Book of Revelation, with over four hours of material, From Creation to Revelation.
Don't miss this opportunity to grow in understanding of a powerful prophetic work relevant to these changing times!

Don't miss this opportunity to grow in understanding of a powerful prophetic work particular to these times!
Additional Info and Schedule
Date:
Available Now
Venue:
Online 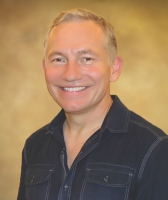