Join
Mystical Arkansas and other Strange and Unusual Edgar Cayce Readings in Arkansas
It’s alright to talk to the dead, but what happens when the dead talk back?
A locally sponsored event by The Arkansas Area Team

It’s alright to talk to the dead, but what happens when the dead talk back? Find out what advice Edgar Cayce has to offer along with other mind-bending insights that can be gleaned from Cayce readings that are so strange, unusual, or obscure that Cayce scholars themselves steer clear of discussing them or aren't even aware they exist. You'll hear about a young woman who, in a previous life, panned for Ozark gold and found diamonds, what to watch out for before taking in the healing waters at Hot Springs, and where to look for millions in gold and silver buried under a triangular rock south of Fayetteville. Learn what a pirate captain says about the location of buried treasure in Florida's Everglades, the otherworldly connections between Cayce and Alcoholics Anonymous, and who and why Cayce, in trance, recommended becoming President of the United States. And strange, but true, learn what Cayce indicated would be the fate of females born on a certain day in Cincinnati, Ohio, the health benefits that can be derived from kissing the forehead of an infant, the benefits of drinking Texas "Crazy Water," and how music could be used to cure blindness. This is Edgar Cayce as you've never known him before! 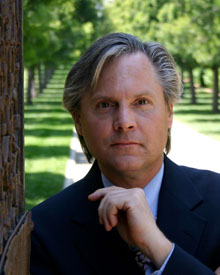 Search All Events
Enter a name, program title or keyword
REGISTER TODAY!
Don't Miss this Exciting Event!
Mystical Arkansas and other Strange and Unusual Edgar Cayce Readings in Arkansas
FEATURING: Sidney Kirkpatrick
12:00 AM - 12:00 AM ET
Register Here
FIND YOURSELF AT THE BEACH