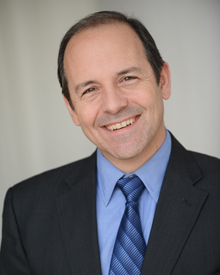 Patrick is a mystic, a teacher, and a spiritual world traveler. He and his wife Jane spent four years wandering North America and the world. Pat has been a spiritual seeker since the age of 14 and has been a member of Edgar Cayce’s A.R.E. since 1995. Pat has also practiced hypnotherapy since 1999.

Raised Catholic, Pat was introduced to Jung, Freud, James, and various Eastern philosophies and religions by Benedictine monks at St. John’s University in his home state of Minnesota. Since then, he has lived with Buddhist monks in Thailand, explored the inner worlds at the Osho Commune in India where he had a mystical experience which led him to spend many years studying the Cayce material.

Pat believes strongly in the power of Love and has officiated dozens of weddings as an ordained clergyperson for the Church of Spiritual Humanism. He is on the Advisory Board for Ian Stevenson's Division of Perceptual Studies at the University of Virginia where they are world experts on researching the nature of consciousness.

Patrick is known for his ability to present complex concepts in practical terms, blending his joyful humor with deep substance to help others find meaning and inspiration. From the time he was voted “Friendliest Person” in high school until this very day, Pat makes people feel right at home and cared for, from the moment you meet.

We Are One: Healing Divisiveness and Finding Commonality featuring Patrick Belisle
Patrick Belisle, one of our most popular and inspirational speakers, brings hope and understanding for healing the divisive times we live in. Read More
Category: Conferences, Livestream/On-Demand