Egerton Sykes methodically built an unrivaled library and became acquainted with everyone in the field of Atlantis research from 1912 to 1950, maintaining 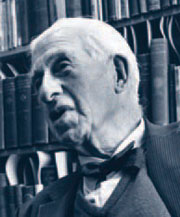 a worldwide correspondence with scholars and scientists. He took part in dozens of archaeological digs and wrote articles on sites in the Middle East. In 1945, Sykes issued a comprehensive List of Classical Sources, tabulating all of the existing manuscripts pertaining to Atlantis. He also published a revised edition of Ignatius Donnelly’s 1882 classic, Atlantis: The Antediluvian World, which included the most recent discoveries relevant to Donnelly’s work.

Egerton Sykes, born in London in 1894, acquired the nickname “Bill” along with a taste for unknown civilizations as a boy. Reading Jules Verne’s Twenty Thousand Leagues Under the Sea, he became enthralled as Captain Nemo led the professor to underwater “picturesque ruins which betrayed the hand of man.” As a teenager, Bill started collecting books on Atlantis, a fascination that would survive an eventful 30-year career in Europe and the Middle East as a foreign correspondent, intelligence officer, and diplomat. He was also a self-taught anthropologist, archaeologist, and mythologist, an author and a lecturer.

From The Making of an Atlantean Scholar (pdf) by Anne Ruby from Venture Inward July/August 1999.

In This Section
Atlantis 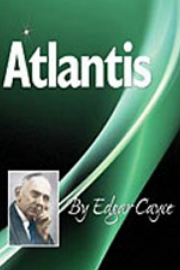 Atlantis contains the entirety of Edgar Cayce's readings for individuals incarnated during a time in Atlantis, an ancient and legendary civilization whose breadth of technology and industry surpassed our own, but likely also led to its eventual downfall.