Edgar Cayce claimed that the history of humankind went back some ten million years! While in a trance state, Cayce's ability to peer into the past with uncanny psychic accuracy was demonstrated repeatedly. This type of psychic ability is called "retrocognition" and Cayce used retrocognition when giving readings that accessed and spoke of past events in an individual's life as well as ancient history, including the geological evolution of the planet and details of civilizations that predate recorded history.

Through the use of retrocognition, the Cayce readings provide a wealth of insights into the ancient world. Although much of this material may be impossible to verify, sometimes contemporary research uncovers evidence to confirm the information given in Cayce's trance state. Here are just a handful of the ancient mysteries Cayce’s readings uncovered: 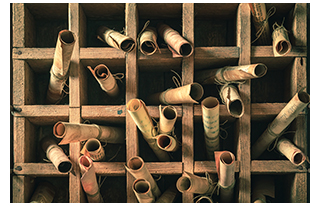 More than eleven years before the Dead Sea Scrolls were found in 1947, Edgar Cayce provided a great deal of information on a Jewish sect called the Essenes. Cayce claimed that in the Essene society men and women lived and worked together toward a common goal of preparing for the birth of Christ. Scholars, however, believed that the Essenes were a monastic society composed exclusively of men. It was not until archaeological excavations occurred after Cayce's death that his psychic information was verified.

The Life of Jesus

Going beyond the New Testament and given before the discovery of the Dead Sea Scrolls, Cayce’s readings reveal the life of Jesus as one rich in teachings (training with the Essenes and his teacher there, Judy), family (brothers, James and Jude; and sister, Ruth), and spiritual lessons (traveling to India and Egypt to learn from master teachers). The readings go a step further and reveal the past lives of Jesus that lead to the culmination of his manifestation as the Christ and advise us on how we can pattern our lives after his.

In about 1,200 readings on Egypt, Cayce reveals the origin, purpose, and prophecies of the Great Pyramid and the Sphinx, ancient rulers, and Cayce’s own past life as the priest Ra-Ta--who wanted to unify the spiritual teachings of the people. Cayce’s precognitive readings also revealed a lush landscape along the Nile and stated that the Nile had changed its course and once entered the Atlantic Ocean.

The Nile entered into the Atlantic Ocean. What is now the Sahara was an inhabited land and very fertile. What is now the central portion of this country, or the Mississippi basin, was then all in the ocean; only the plateau was existent, or the regions that are now portions of Nevada, Utah and Arizona formed the greater part of what we know as the United States...

This theory seems to be confirmed as an article published in Science (August 1986), reported that Shuttle Imaging Radar from the Space Shuttle had discovered previously unknown river valleys beneath the driest part of the Sahara. Through satellite imaging and on-site archeological investigations, it appeared as though the present-day Nile had changed its course, once flowing across the Sahara, through Africa, and into the Atlantic Ocean! 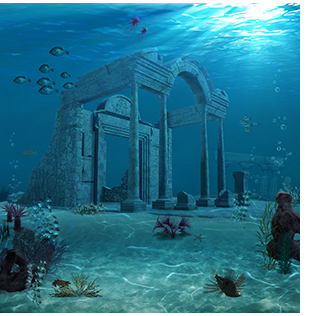 According to Cayce, Atlantis was a highly advanced civilization located from the Gulf of Mexico to Gibraltar. Edgar Cayce referred to Bimini as one of the mountaintops of ancient Atlantis. Before the end of the last Ice Age (12,000-years ago) the ocean levels were at least 300 feet below their current levels. A vast "island" was in the area in those remote times rather than chains of islands. Though the island does not appear to be a mountain today, 12,000-years ago it was one of the highest points on the vast land formation in the region.

Through destructive misuse of advanced technology, Atlantis was destroyed over a period of thousands of years, with a final catastrophic event circa 10,000 B.C. Over its years of destruction, Atlanteans migrated to other parts of the world, including ancient Egypt and the Yucatan Peninsula, where they brought with them their technological advancements, beliefs, and recorded history.

The Hall of Records

According to the readings, the people of Atlantis became aware of the fact that their civilization was about to be destroyed. As a result, they hid identical records of the Atlantean civilization in Bimini, in Egypt, and in the Yucatan.

In those periods when the first change had come in the position of the land, there had been an egress of peoples from the Atlantean land and they built a city near the edge of the Sahara.

The one in the Atlantean land, that sank, which will rise and is rising again; another in the place of the records that leadeth from the Sphinx to the hall of records, in the Egyptian land; and another in the Aryan or Yucatan land, where the temple there is overshadowing same.

Numerous readings contend that this Hall of Records will be discovered:

A record of Atlantis from the beginnings … and the developments of the peoples throughout their sojourn, with the record of the first destruction and the changes that took place in the land…

For more information on Ancient Mysteries and other transpersonal topics unlock our ever-expansive Cayce Digital Library to access thousands of hours of lectures, workshops, conferences, classes, digital publications, webinars, eBooks and more – from top Cayce experts from past to present! 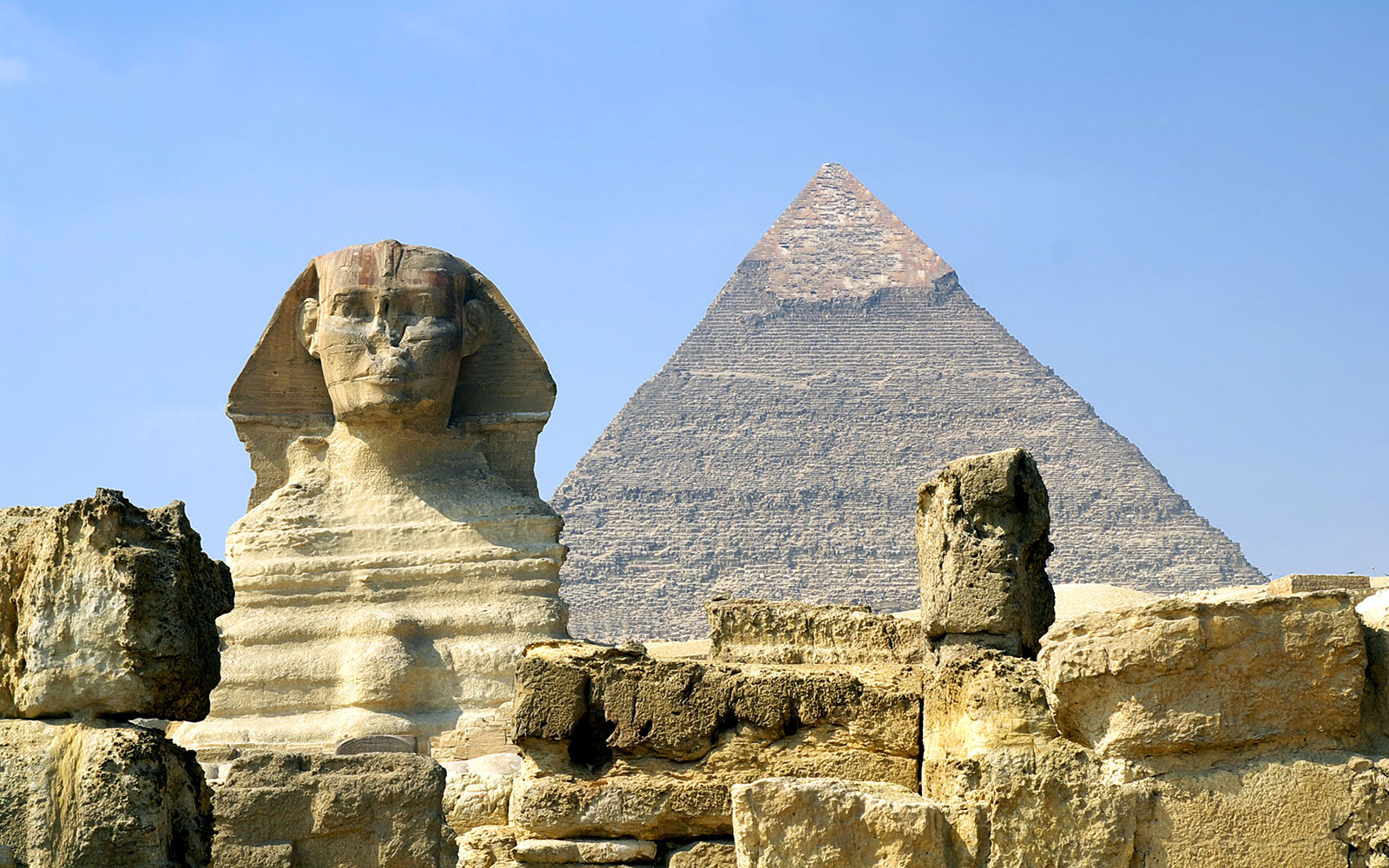 Timely Articles on Topics You Love