Will our lifespan, as human beings, be extended?

We know that humans are now living longer than at the time of Edgar Cayce, but his readings seem to indicate that a healthy human lifespan would extend years beyond that which we are currently living.

“Now, we find there are many changes in the body since we have had this – many for good. Many of the organs and the conditions show the changes as come about by the natural, or so called natural conditions in changes as the body succumbs to the effects of age or usage in the system. Much of this may be overcome. (Man should live much longer than has been ordinarily given – and will!)”
--  Edgar Cayce reading 244-2

Will we discover the design for a self-fueling perpetual-motion machine?

Perhaps with the current focus on renewable resources and energy conservation, we will see this next prophecy come to pass in our lifetimes.

“You will have before you the gasless motor invented by [4666].

“Edgar Cayce: Yes, we have the body and enquiring mind of [4666], also the associations and those conditions surrounding the perfection of motor which will develop power in its own action. As has been given, the idea and the plans as have been worked out in part along those lines that pull more of the power as produced in compression in drum, with the leads made in these forms that gather vibrations from the air as is forced through drum, are, as we find, the better application of the created energy. In the cams [as] have been used too much slack or play is allowed in their rotation. This is in the drum’s head action that these must be shortened in play.

“The connection of [195] and [900] with same – best that these have [4666]’s operations closer under their observations when the completed product is near attained.

“(Q) Is this machine the same as brought to Washington now by Lindbergh? [Charles A. Lindbergh] (A) No. As is here, the [4666] machine would operate on stationary conditions impelling forces; even for now that in gas motors – for, as tested by others, has more to do with that thrown in air and gaining its impelling force from that source. (Q) Would it operate perpetually if perfected? (A) Not perpetually, but once started could be kept in motion by created energy of its own source. Other has to have some source of impellation.”
--  Edgar Cayce reading 4665-1

Conflict in the Persian Gulf 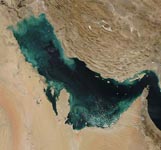 “…As is understood by many, in the earth manifestation and the cycle of time much repeats itself …

What then, ye ask, is the influence that makes for this great change that may be expected?

The powers of light and darkness, as then, as sixteen hundred (1600) years before. As in those periods, so today – we find nation against nation; the powers of death, destruction, the wrecking of that which has been and is held near and dear to the hearts of those who have through one form or another set ideals.

These are not to be questioned, in that as may be a helpful force; but what is coming to pass? And how may ye as individuals help? …

Strifes will arise through the period. Watch for them near Davis Strait in the attempts there for the keeping of the life line to a land open. Watch for them in Libya and in Egypt, in Ankara and in Syria, through the straits about those areas above Australia, in the Indian Ocean and the Persian Gulf.”
--  Edgar Cayce reading 3976-26

Is a New “Root Race” Evolving?

The Edgar Cayce information suggests that humanity’s consciousness has evolved and expanded over time. Cayce stated that this expansion of consciousness could be viewed throughout the Bible, from Genesis to Revelation. From the readings perspective the next great evolution would be tied to the development of what Cayce termed “the fifth root race.” An evolutionary occurrence that would mark a New Age and a new understanding of humanity’s relationship to God:

When a 52-year-old construction engineer asked about this expanding consciousness in 1942, Cayce commented that each individual had to essentially work with personal soul development in order to resonate to that new consciousness: “You expect a new root race. What are you doing to prepare for it? You must prepare food for their bodies as well as their minds and their spiritual development!”
--  Edgar Cayce reading 470-35

Ten years earlier, during a reading on the Great Pyramid in Egypt, Cayce suggested that an ancient “Hall of Records” would be discovered at a time signifying the manifestation of this new level of consciousness.
--  Edgar Cayce reading 5748-6

Will the Three Halls of Records Be Discovered?

According to the readings, the people of Atlantis became aware of the fact that their civilization was about to be destroyed. As a result, they hid identical records of the Atlantean civilization in Bimini, in Egypt and in the Yucatan. Numerous readings contend that this Hall of Records will be discovered, including:

(Q) Give in detail what the sealed room contains

(A) A record of Atlantis from the beginnings of those periods when the Spirit took form or began the encasements in that land, and the developments of the peoples throughout their sojourn, with the record of the first destruction and the changes that took place in the land...

This in position lies, as the sun rises from the waters, the line of the shadow (or light) falls between the paws of the Sphinx, that was later set as the sentinel or guard, and which may not be entered from the connecting chambers from the Sphinx's paw (right paw) until the TIME has been fulfilled when the changes must be active in this sphere of man's experience.

(Q) In which pyramid or temple are the records mentioned in the readings given through this channel on Atlantis, in April, 1932?

(A) As given, that temple was destroyed at the time there was the last destruction in Atlantis.

Yet, as time draws nigh when changes are to come about, there may be the opening of those three places where the records are one, to those that are the initiates in the knowledge of the One God:

The temple by Iltar will then rise again. Also there will be the opening of the temple or hall of records in Egypt, and those records that were put into the heart of the Atlantean land may also be found there - that have been kept, for those that are of that group.

What is the shape of the world to come?

Decades before the rest of the world was thinking about the enormous impact that China would have upon the global stage, Edgar Cayce predicted great things for China and its people. On one occasion, Cayce told a group of people that eventually China would become “the cradle of Christianity, as applied in the lives of men.”
--  Edgar Cayce reading 3976-29

This suggests the personal application of spiritual principles would become paramount to the Chinese people. Cayce then went on to caution that it would take a long time to manifest but that it was the country’s destiny: “Yea, it is far off as man counts time, but only a day in the heart of God – for tomorrow China will awake.”

On another occasion, when a thirty-six-year-old book publisher asked about the destiny of China in 1943, just prior to his own trip to the country to serve in the capacity of a missionary, Cayce promised amazing changes in the country that would lead to more democracy and greater religious freedom. He also suggested that eventually the height of civilization would move from the West to the Chinese people: “And these will progress. For, civilization moves west.”
--  Edgar Cayce reading 2834-3

Will There Be a Second Coming?

The Cayce readings had much to say about the life of Jesus—covering the “lost” years that were never addressed in the Bible. But Cayce also spoke of Jesus’ return and here is an excerpt on that subject:

“What is meant by “the day of the Lord is near at hand”? (A) That as has been promised through the prophets and the sages of old, the time – and half time – has been and is being fulfilled in this day and generation, and that soon there will again appear in the earth that one through whom many will be called to meet those that are preparing the way for His day in the earth. The Lord, then, will come, ‘even as ye have seen him go.’”
-- Edgar Cayce reading 262-49