Edgar Cayce's life is filled with examples of what we call extra-sensory perception (ESP) or psychic phenomena. He was best known for his unique ability to put himself into a trancelike state, in which he gave thousands of documented readings detailing advice from health and spiritual growth to ancient mysteries and dream interpretation, but his psychic abilities were available to him in his waking state as well. Cayce stated that any of us could do what he did.

Because there are so many different types of extra-sensory communication, researchers have broken down the term ESP into further categories to help explain what is taking place. Cayce displayed strong abilities in each of these areas. 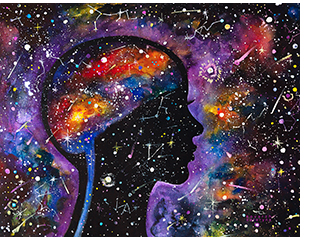 Telepathy is the ability to obtain information psychically by reading the mind of another person. For example, while Cayce was in Kentucky, he gave a reading for a man in New York (740-1). He saw the man smoking a cigar, heard him whistling a particular song, saw him meet with another man about a piece of property, and saw him look over three letters. Finally, the sleeping Cayce heard the man telephone another gentleman and knew the gentleman’s name. All of these events were later verified. In our own lives, one example of telepathy is when we suddenly start thinking about someone we haven't heard from in a long time and a short while later they call us on the phone.

Clairvoyance is the ability to “see” information that no one else has seen. For example, suppose you shuffled a deck of cards and placed them face down, then went through the deck and tried to name each card. If your percentage of correct guesses was far beyond what would be expected by random chance, it would be an example of clairvoyance. You would not need to be 100 percent accurate to demonstrate clairvoyance, just statistically (and consistently) greater than random chance. On the other hand, if you tried the same experiment but had a friend look at each card and concentrate on it before you guessed, this would be an example of telepathy.

Looking at one instance from the Cayce readings (2826-1), we find the case of a person who was in Ohio while Cayce was in Virginia Beach. During the reading, Cayce correctly gave the person's body temperature. If the attending doctor in Ohio had known the patient's temperature before Cayce's reading was given, then this would be an example of telepathy. But if the doctor hadn't known the temperature until after Cayce's reading, then it would be an example of clairvoyance.

Precognition is the ability to view events before they happen. Many of us have had the experience called déjàvu; for example, you might be having a conversation with a friend and, all at once, be absolutely positive that you've had the exact conversation before. You may even know what your friend is going to say next. The Cayce readings suggest that one explanation for this phenomenon is that our dreams often foreshadow future events. Such precognitive dreams may be forgotten and only dimly felt at those times as déjàvu experiences. There are countless examples of precognition in the files of the Cayce material. In many readings for children, Cayce foresaw what they would be like as adults, even going so far as to describe hidden talents and occupational decisions.

Although some have called Cayce a "prophet," he himself made no such claims. He rarely made any predictions about worldwide events, mostly because these kinds of predictions are subject to countless outside influences. When psychics try to predict the future, all they can actually do is foretell a possible future based on current happenings. If events continue to occur the same course then psychics can “see” what the result will be. However, with free will, many of us change our paths and even have the ability to change world events. 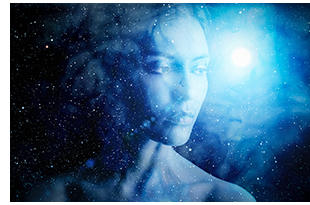 Retrocognition is the ability to see past events, as we have described in-depth on the web page Edgar Cayce on Ancient Mysteries. In individual life readings, Cayce would often repeat aloud significant happenings in a person's life while going back over the years until the date of the person's birth. In one reading, (1462-1), Cayce was given the incorrect date and location of birth for a young girl. In going back over the years he responded with, “We don't find it here.” (He had been incorrectly told that the child was born on January 24, 1919, in Cleveland, Ohio). Then, after a short pause, he finally said, “Yes, we have the record here (looks like it's the wrong place and date).” It was later discovered that the girl had been born on January 23 (a day earlier) in New York City and not in Cleveland.

Cayce said that “psychic is of the soul”--a part of our spiritual essence. Most of us experience this essence through our intuition, hunches, and gut feelings. The readings suggest that if we seek psychic experiences, it should be in the context of spiritual growth, learning about ourselves, or helping others. In time, we may work with our intuition in such a way that it becomes as natural as using any of our other senses: taste, smell, touch, hearing, or sight. One of the best ways to begin fostering our intuition is through a regular practice of meditation. 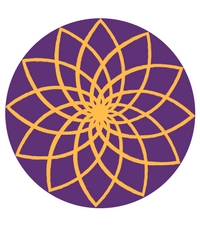 The term Extrasensory Sensory Perception (ESP) has been broken down into four categories. Throughout Edgar Cayce’s life, he demonstrated strengths in every area of ESP: 1) Telepathy, 2) Clairvoyance, 3) Precognition, and 4) Retrocognition. Learn more by downloading our flier on this topic.

Learn More (PDF)
A Seer Out of Season 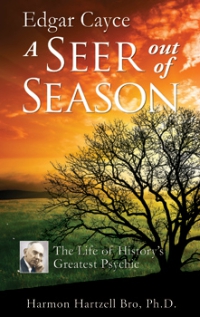 The Life of History's Greatest Psychic

Drawing from his experience as Edgar Cayce's longtime associate, Dr. Harmon Bro has written a firsthand account in this full-length biography of the gifted psychic. Bro's intimate prose tells the story of an enigmatic Kentucky farm boy with no formal education who became the soft-spoken seer who inspired so many.