One of the most important concepts Edgar Cayce’s readings imparted was that when it comes to one’s health, the whole person--body, mind, and spirit--needs to be considered. In fact, an article in the Journal of the American Medical Association stated, “The roots of present-day holism probably go back 100 years to the birth of Edgar Cayce.” The majority, about 70%, of readings given by Cayce were for people requesting healing of their overall health, acute or chronic illnesses, or diseases.

Holism, as it pertains to health and healing, is based on the belief that there is more to a person than just the physical body. Since illnesses do not exist in a vacuum, health and healing involve more than just the biological and any complete approach to health needed to consider an individual’s entire being rather than simply their illness. Cayce saw total health as involving coordination among the physical, mental, and spiritual components of life. Because of this concept, Cayce earned the title, “the father of holistic medicine.”

While Cayce himself had no medical training or education, when he entered his self-induced trancelike state, his unconscious mind seemed to tap into an endless reservoir of helpful physical information--either by reading the person’s unconscious mind or by accessing the Akashic Records. He could accurately diagnose illnesses and prescribe treatment for people he had never seen or met from any location in the world.

From Cayce’s point of view, the adage that “an ounce of prevention is worth a pound of cure” couldn’t have been truer. And the great news is that the information from the readings on health included simple suggestions that each of us can follow to stay well. The nature of many of these recommendations indicates that Cayce’s understanding of physical care was really ahead of its time. These basic principles include: 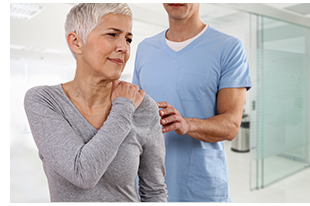 But Cayce’s advice was not limited solely to proper diet, avoiding constipation, and regular exercise. Many people who came to Cayce in the early part of the twentieth century were in desperate need from conditions that they had been told were “incurable,” not only by private physicians but by renowned medical institutions around the U.S. The readings made recommendations for a variety of health concerns (see our online health database)— from acne, diet, and cancer to arthritis, epilepsy, and psoriasis. Nearly every condition that existed between 1901 and 1945—whether it was childbirth, fractures, or vitamin deficiency--is represented in the files of the Cayce material.

Modern-day researchers have found that many of the recommended treatments, given to specific individuals, seem to be applicable today for others suffering from the same conditions. Two notable examples of this are psoriasis and scleroderma. For both of these diseases, the Cayce regimen involved specific diets, chiropractic medicine, and other natural remedies and procedures. Over the years, thousands of people with these two ailments have been helped by following programs based on the Cayce recommendations.

From Hospital to Health Center

As early as 1910, while working as a studio photographer and giving his readings part-time, Cayce was notified in a reading that he was destined to operate a hospital. The death of a boy whose family was unable to find the unique treatments Cayce had recommended for the child made a searing impression on him. He knew that the best hope for the people receiving his readings would come if they could also receive treatments based on what the readings recommended.

"My whole thought and idea had been to be able to serve those better who ask for the readings," Cayce said. "It was not an idea to have the hospital a money-making proposition at all. If we were able to even meet expenses, we would feel that we would be doing wonderfully well, and while the institution would be built around the work I am able to do, still it would be separate and apart from the regular readings we give but there are so many (and the number is increasing) that are asking if there is not a place where they could have the suggestions as are given in the readings carried out to the letter by a regular physician, and we know this is not possible in any institution in the country at the present time."

Cayce’s dream would come true in 1928 with the building of the Hospital of Enlightenment in Virginia Beach, Va. And though he lost the hospital during the Great Depression, the organization he founded in 1931 eventually regained ownership of the building. Three-quarters of a century later, the old building still stands tall, serving today as the A.R.E. Health Center & Spa. The work continues to help people transform their lives with holistic healing, including massage therapy, bodywork, hydrotherapies, acupuncture, chiropractic care, and more. The focus today, just as it was in Cayce’s time, is on comprehensive body-mind-spirit care that looks at the whole person and supports the body’s innate healing abilities.

For more information on Holistic Health and other transpersonal topics unlock our ever-expansive Cayce Digital Library to access thousands of hours of lectures, workshops, conferences, classes, digital publications, webinars, eBooks and more – from top Cayce experts from past to present!

Relax and rejuvenate your body with holistic health services at A.R.E.'s Health Center & Spa located in the historic hospital building "on the hill" at our Virginia Beach Headquarters.