In our growth in the group we will find that we have a new and broader hope in the meaningfulness of life.

I was first introduced to the A Search for God Study Group program in the late 1980s. My family had relocated to Kansas City and my mother joined one of the local groups. Since that time I have participated in more than seven study groups across the country. Each group was unique and the members have impacted my life throughout the years.

My first study group quickly developed into a family. I learned to meditate, interpret dreams, and most importantly, I became fully involved with the work of the A.R.E.

This group was unusual; we participated in one another's daily lives. One of the members even looked after me one summer. I learned about the Cayce Diet, an array of health remedies, and I even had my first mummy food (it was prepackaged and not very good).

Over the years we spent holidays together, traveled together, and supported one another through life's turmoils. It was hard to leave this group. I was only 12 years old, and they were my family. I was old enough to know that each study group would be different and I would never find another quite like it.

After settling into our new home in New England, we located another group. As I expected, it was different. This group met on Friday evenings and each meeting ended with coffee and pastries. Although we were not in each other's lives on a daily basis, each Friday we stayed up late discussing the readings and learning how to better apply the teachings in our lives.

In less than three years, we had quite a few people come and go in this group. It attracted souls in search of answers to very specific questions or personal dilemmas. One person longed to hear voices, another was looking to practice astral-projection and another was seeking help with psychic premonitions.

“For these brought helpful experiences to many, and these activities may be applied in the present in the building of cooperation.” (3639-1) 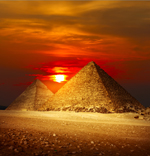 Regardless of the visitors and transient people, there were a few core members. Personally, I met an “old friend” in this group—we had been together before and were fortunate to meet again. I received insights into my past lives in Atlantis and Ancient Egypt. I made a soul connection in this group that I will never forget.

One of my most interesting experiences has to do with a group member who was diagnosed with breast cancer. This woman refused standard medical treatment and opted for alternative therapies.

I watched her slowly die for months. I did not agree with her choice, but I respected her decision.

Some months after attending the funeral, I was in a local used-books shop in search of out-of-print A.R.E. books when something caught my eye. There was a note, in pencil, inside a book. It was my deceased friend's handwriting! Apparently her family donated all of her books after her passing. I purchased as many of her books as I could locate. I've been carrying my friend's notes for more than 10 years now. These books are some of my most valued treasures.

According to the readings, souls tend to reincarnate repeatedly in groups. Generally, when a group of people come together, they have been together before. The group may be working on unfinished business, or they sought each other out for another reason. Regardless of the intention, groups form to teach and to learn.

“And when these things are manifested in the mind and the hearts of the individuals of such a group, yea the world will feel the vibrations, yea the glory of the coming of the Lord.” (5758-1)

I have good memories and sad memories of the study groups throughout my life. I met my children's godparents through a group. I am still in touch with members who were there when I graduated high school. Some of these dear friends have made their transitions and others I have never heard from again.

These study groups provided much more than spiritual material—some became family, and others are just plain unforgettable. I am grateful to have had these experiences in my life. The lessons I learned from each group member are invaluable. I look forward to the study groups to come.

“From the beginning our souls have tended to travel together in groups, and the very act of traveling together for such long periods creates forces of attraction that help to maintain and build on these group relationships.”
John Van Auken
Past Lives & Present Relationships

Learn more about Study Groups or find one near you.

Deirdre L. Aragon is a Laguna Pueblo Indian, who spent the early years of her life on the Laguna Pueblo Reservation in New Mexico. Her paternal grandmother and aunt, who were tribal healers, taught Deirdre the wisdom and teachings of her tribe. She was raised in a home where metaphysical principles and holistic healing were accepted and practiced as a way of life. During a near death experience when she was ten years old, Deirdre was given the “mark of the shaman” from the Spirit World. Accepting her abilities, Deirdre has designed several healing techniques based on her personal experiences and knowledge gained through various sources and is an active speaker. She participated in A.R.E. Search for God Study Groups since she was a child and she is currently working with the Edgar Cayce Oahu Team. Deirdre currently resides in Oahu with her family. You'll find her website Noble Minds, a companion on the path of enlightenment, online at Noblemindsllc.com.