The Edgar Cayce Foundation is best known for preserving Edgar Cayce’s work and family history. However, in 1977 the Foundation acquired a collection of artifacts, books, documents, and letters of another prominent American psychic – Andrew Jackson Davis. It’s a wonderful resource to study in comparison to Edgar Cayce’s work.

Andrew Jackson Davis was born in 1826 in upstate New York, the hotbed of 19th century Spiritualism. In his youth he believed that he possessed a talent for creating self-induced hypnotic states in order to communicate with unseen beings. Instead of entering formal schooling, he began a partnership with Mesmerist William Levingston, a tailor residing in Poughkeepsie, New York. By 1843 he and Levingston were giving traveling lectures and demonstrations in which Davis would utilize his clairvoyant powers to read audience members for disease.  When Levingston placed him in a trance state, “he could visualize the interior organs of ailing persons and diagnose their illness.”[1]  As time passed Davis’s visions began to alter and expand. In March of 1844, he “experienced a quasi-shamanic initiatory dream-vision,” in which the ancient Greek medical visionary Galen gave him a mystical healing staff.[2] (A wooden staff, reminiscent of the vision story, also came with the collection in 1977).

His trance sessions would result in an immense volume of published writings that detailed his experiences with the death process and his beliefs as a Spiritualist. Edgar Cayce would find these works years later and although he never identified with the Spiritualist movement, he would consider Davis’ abilities to be the closest to his own.

Spiritualism’s foundational belief is that ordinary humans can have meaningful interactions with the dead. Spiritualists sought to discover the process by which a human soul was converted into a spiritual being. Davis believed that the body acts as a vessel for an immortal soul made of pure energy, which is released by death into the spiritual plane.

Davis stressed the comforting universality of a death process that he viewed as a straightforward, painless transition. With the onset of the Civil War, his message would gain even greater relevance. He and other Spiritualists would have ample opportunity to observe these workings of the Divine amidst the unprecedented degree of violence and death. Although he did not serve in the military, Davis witnessed battle in his unique way. He claims in his book Death and the Afterlife that he was present at the battle of Fort Donelson in February of 1862. He observed the rapid crossover of hundreds of souls in the maelstrom of artillery fire from atop a rise in the landscape:

“At the battle of Fort Donelson I saw a soldier instantly killed by a cannon-ball. One arm was thrown over the high trees; a part of his brain went a great distance; other fragments were scattered about in the open ﬁeld; his limbs and ﬁngers ﬂew among the dead and dying. Now what of this man’s spiritual body? I have seen similar things many times—not deaths by cannon-balls, but analogous deaths by sudden accidents or explosions. Of this person whose body was so utterly annihilated at Fort Donelson, I saw that all the particles streamed up and met together in the air. The atmosphere was ﬁlled with those golden particles - emanations from the dead - over the whole battle-ﬁeld. About three-quarters of a mile above the smoke of the battle-ﬁeld—above all the “clouds that lowered” upon the hills and forests of black discord, there was visible the beautiful accumulation from the fingers and toes and heart and brain of that suddenly killed soldier. There stood the new spiritual body three-quarters of a mile above all the discord and din and havoc of the furious battle! And the bodies of many others were coming up from other directions at the same time; so that from half a mile to three and ﬁve miles in the clear, tranquil air, I could see spiritual organisms forming and departing thence in all directions...”[3]

Davis intended this account of the soldiers’ transitions from life to death to serve as evidence for his own abilities as well as to assuage his readership’s collective grief. He published Death and the Afterlife in 1871 when memory of the war was still extremely fresh. The upsurge in Spiritualist exploration and séance attendance in the years after the war reflected the yearning to reunite with lost relatives. Davis felt his abilities served a noble purpose: to prove to the living that their loved ones continued to exist, were contented, and able to help the living with the otherworldly knowledge they had gained through transition.

Davis, like other Spiritualists, felt a responsibility to spread this reassurance of everlasting life in a universal paradise, which they felt would bring people a deeper sense of happiness on the earthly plane. He used newspapers to gather individuals supportive of his work into an association, similar to the Edgar Cayce Readings becoming a catalyst for the formation of the A.R.E. In 1851, editor Russell Perkins Ambler of The Spirit Messenger in Springfield, Massachusetts announced the formation of the Harmonial Brotherhood, a group spearheaded by Davis, who had purportedly received inspiration for it from a powerful spiritual energy. Ambler declared to readers that Davis had “been furnished by this spirit with what is termed, in a spiritual sense, a DECLARATION OF INDEPENDENCE, which presents a compendium of the important principles involving the true basis of social regeneration and spiritual growth…”[4]  Davis modeled both the Declaration and the accompanying Constitution of his new association, (documents also part of E.C.F.’s collection), on the spirit of free thought and innovation he perceived in the words of the United States’ founding figures.

The Andrew Jackson Davis Collection in the Edgar Cayce Foundation Archives gives a fascinating view into the practicalities of bringing Davis’ work to the 19th century masses. Besides the items mentioned above, Davis and his lawyer Frederick Atherton wrote the vast majority of the letters in the collection as they negotiated publishing contracts. People found Davis through the books he wrote, similar to how many people discovered Edgar Cayce in the 20th century through reading There is a River and/or books by the A.R.E. Press. Through this collection, we can better understand Edgar Cayce’s perception of his own abilities through the lens of his most prominent predecessor.

The drawing below shows Andrew Jackson Davis sitting at this desk, dating from 1870-1910.  This drawing is part of the collection found in the Edgar Cayce Foundation. 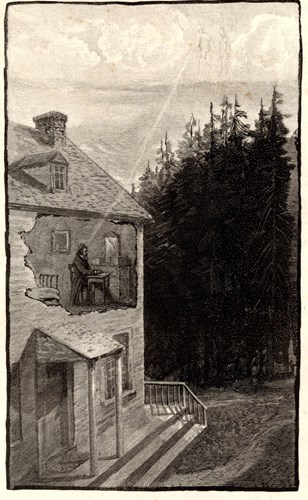 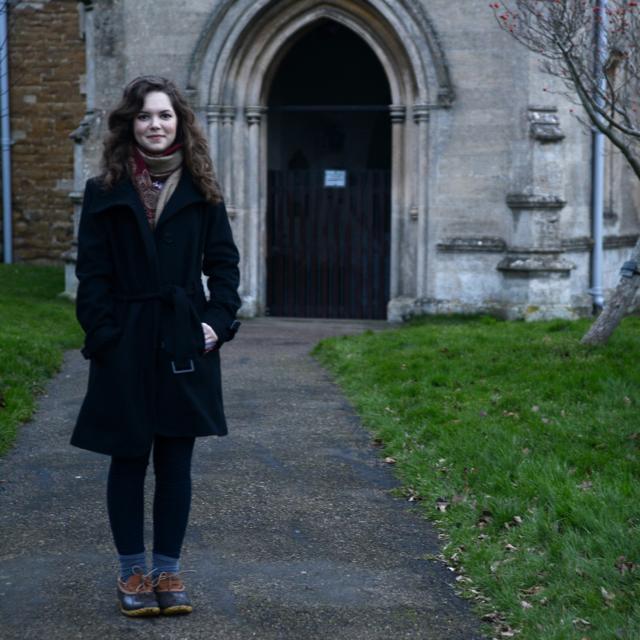