Celebrating The Universe
By James Mullaney

As an astronomer, I’ve spent a lifetime celebrating the beauty and power and majesty of the amazing universe in which we live—and sharing my joy with as many people on the planet as possible. This is the motivation behind my new celestial-meditation DVD, Celebrating the Universe!

In researching the Cayce readings in preparation for my A.R.E. Press book Edgar Cayce and the Cosmos, I was forcibly struck by two things. One was his profound insight into, and advanced knowledge of, astronomy, cosmology, quantum physics, and related fields. The other was the obvious upliftment and excitement often found in his readings when discussing things of a celestial nature. Here are just a few examples. 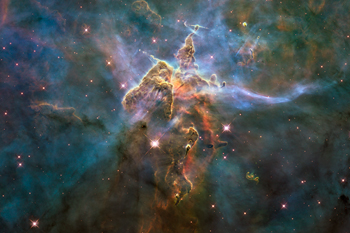 Edgar Cayce’s readings mentioned the radiant golden-orange star Arcturus over 30 times and regarded it as the “stargate”—an entranceway to other parts of the universe or to other realms of consciousness:

827-1 “Arcturus, the wonderful, the beautiful! As the bright and glorious light…”
5259-1: “And Arcturus! For the entity has gone out and returned purposefully.”

Many have speculated that when we pass on from our earthly abode we become stars in the heavens. These two readings imply that this may well be true:

1695-1: “It is true that there is a guide or guard for each and every entity or soul, or a developing influence that may be from the entity’s own activities as a new star in the universe.”
3954-1: “Ye can sow seeds and work them in self, but God gives the increase. He adds those that should be added from the activities of their own opportunities, such as are worthy of becoming stars…”

The next two readings concern our place as “citizens of the universe” and not just of this one small planet (or “pale blue dot” as Carl Sagan called Earth):

2396-2: “For the universe was brought into being for the purpose of being the dwelling place of the souls of God’s children—of which birthright this entity is a part.”
281-16: “Man may become, with the people of the universe, ruler of any of the spheres through which the soul passes in its experience.” 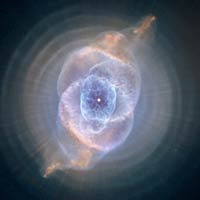 Among others, the famous astronomer Johannes Kepler often talked about hearing the “music of the spheres.” And so did Edgar Cayce:

Even in his waking state, Cayce had a good working knowledge of the basic facts of astronomy and seemed in awe at the vastness of our amazing universe, as evidence in these readings:

Our cosmic destiny is to return to the stars from which we came. We are literally “children of the stars”—we’re made of stardust! And according to Cayce, the stars were made for us:

2830-2: “For, remember, all of these planets, stars, universes, were made for the entity…”
900-348: “The body celestial or cosmic body has those attributes of the physical with the cosmic added to same…”

These readings leave little doubt that the “Sleeping Prophet” did celebrate the universe! As I stated in the conclusion of my book, surely Edgar Cayce is waiting patiently for us on some world, in some form, out there among the lights in the night sky. I, for one, personally can’t wait to see him and share in his excitement. And as an astronomer, I have at least a couple thousand questions to ask him about the cosmos!

James Mullaney, FRAS, is an astronomy writer, lecturer and consultant who has published more than 700 articles and eight books on observing the wonders of the heavens including Edgar Cayce and the Cosmos, and logged over 20,000 hours stargazing. Formerly Curator of the Buhl Planetarium & Institute of Popular Science in Pittsburgh, and Director of the DuPont Planetarium at USCA, he served as staff astronomer at the University of Pittsburgh's Allegheny Observatory and as an editor for Sky & Telescope magazine. One of the contributors to Carl Sagan's award-winning "Cosmos" PBS-Television series, his work has received recognition over the years from such notables as Sir Arthur Clarke, Johnny Carson, and Ray Bradbury. His 50 year mission as a "celestial evangelist" has been to "Celebrate the Universe!" - to get others to look up at the majesty of the night sky and to personally experience the joys of stargazing. In recognition of his work he has been elected a Fellow of the prestigious Royal Astronomical Society of London. For information on his two professionally-produced, widely-acclaimed DVDs "The Heavens Declare!" and the new "Celebrating the Universe!" which features visually-stunning Hubble Space Telescope images, contact him at arcturussj@aol.com.