It's taken 81 years but, as Cayce also stated, there is no time but one time, so let's enjoy the support whenever it comes our way.

Scientific American© (July 2012, p. 38): "The mechanisms governing the emergence of cooperation apply to all manner of organisms, from amoebas to zebras (and even, in some cases, to genes and other components of cells). This universality suggests that cooperation has been a driving force in the evolution of life on Earth from the beginning."

Now consider what Edgar Cayce said in a reading in 1931:

Edgar Cayce: "The cooperation in a body … was from the beginning, when the cooperation brought into being those forces as manifest themselves in this material world. They each, then, keeping that creative force within themselves in that direction as makes for the continuity of life, hope, peace, understanding, so may it be built in the lives of themselves first, then in others—as they, in their way, seek to bring a better understanding in this material world." (262-3)

It is continually amazing how well the content of the vast majority of Edgar Cayce's readings eventually matches science's ongoing discoveries. But let's consider the value and influence of cooperation as Scientific American reveals it in their latest issue:

"There is one group in which the effects of cooperation have proved especially profound: humans. Millions of years of evolution transformed a slow, defenseless ape into the most influential creature on the planet, a species capable of inventing a mind-boggling array of technologies that have allowed our kind to plumb the depths of the ocean, explore outer space and broadcast our achievements to the world in an instant. We have accomplished these monumental feats by working together. Indeed, humans are the most cooperative species—supercooperators, if you will."
(Scientific American, July 2012 p. 38)

The article is written by Harvard Professor Martin A. Nowark. Professor Nowark states that "people tend to think of evolution as a strictly dog-eat-dog struggle for survival. In fact, cooperation has been a driving force in evolution." He identifies five mechanisms by which cooperation may arise in organisms ranging from bacteria to human beings. These are:

In conclusion, Professor Nowark writes, "What makes humans, in particular, the most helpful of all? As I see it, humans, more than any other creature, offer assistance based on indirect reciprocity or reputation. Why? Because only humans have full-blown language, and, by extension, names for one another—which allows us to share information about everyone from our immediate family members to complete strangers on the other side of the globe. We are obsessed with who does what to whom and why—we have to be, to best position ourselves in the social network around us. The interplay between language and indirect reciprocity leads to rapid cultural evolution, which is central to our adaptability as a species." 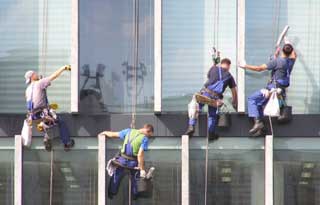 Cayce's readings take us to cooperation with the Divine Forces surrounding us:

"For, as there is self, there are the powers and influences without you. Get together! Know that in cooperation with the DIVINE that is CONSTRUCTIVE you may be a blessing in ANY channel that is pointed out to you, that becomes a consciousness, an awareness in you." (317-7)

John Van Auken is an international speaker and author on a variety of topics from mystical spirituality and ancient civilizations to modern life. Popular with A.R.E. audiences throughout the country, he has written many books, including From Karma to Grace: The Power of the Fruits of the Spirit; Edgar Cayce's Tales of Ancient Egypt; and Ancient Egyptian Mysticism. John's extensive knowledge of the Edgar Cayce readings, the Bible ancient Egypt, and other world religions is combined with years of practical application of these truths in his own life. His exciting presentations are packed with useful information combined with insightful and revealing stories. His clear step-by-step techniques give practical tools for ongoing development, self-training, and spiritual enlightenment. He travels extensively, conducting seminars and retreats throughout the U.S. and abroad including A.R.E.'s annual Tour of Egypt.