"…in that land of Ohio... there were... mounds that were called the replica or representative of the Yucatan experiences, as well as the Atlantean."

In the October – December 2015 issue, Venture Inward published ‘The Law of One from Atlantis – Rediscovered in the Americas’. In that article I argued that Cahokia preserved evidence of the Atlanteans in the design of the sacred precinct of the city. Herein, I shall present evidence of the Mesoamerican influence at Cahokia. Though the battle has been hard–fought, North American anthropologists are beginning to acknowledge a shared culture between the peoples of the Eastern United States and those of Central America.

Relatively superficial characteristics link Cahokia with the Maya. For example, both the Cahokians and the Maya practiced dental modification. Another example is the priests of Cahokia and the Maya wore conch shell pendants as an element of their regalia. Among the Maya the pendant was a specific symbol of Kulkulkan (or Quetzlcoatl to the Aztecs). And, the Mesoamericans and the Southeastern Ceremonial Complex, well represented at Cahokia, share certain design motifs. 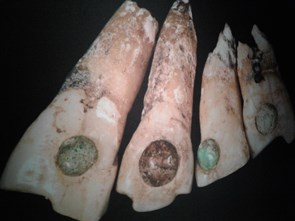 Other less tangible evidence offers itself. Melvin Fowler and Martha Ann Rolingson’s work at Cahokia demonstrated the presence of what I call the ‘primary equilateral triangle’ formed by Mound 38 (Monks Mound), Mound 62 and Mound 68. I refer to these three mounds as the ‘hearthstones’, the name of a fundamental construct of Maya cosmology. The placing of the hearthstones is the first act of Creation to the Maya, as was the construction of this equilateral triangle the first undertaking at Cahokia. 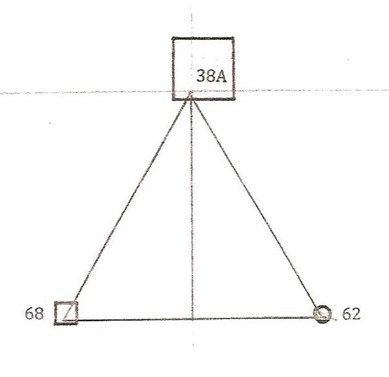 And it was Melvin Fowler and Elizabeth D. Benchley’s discoveries that gave posterity an exceptionally rare phenomenon: two points in space! Those two points allow us to map the layout of the entire sacred precinct with magnificent precision. What those two points reveal is the unit of length used at Cahokia that links the city to Mesoamerica. Whereas my affectionate name for the ‘hearthstones’ is picturesque conjecture, the mathematics at Cahokia reveal shared intellectual culture.

Inspired by the fact that the length of Solomon’s Temple in Jerusalem equaled the polar radius of Earth divided by 42,000, I resolved to ascertain if the unit of measure used at Cahokia and Teotihuacan were similarly proportionate to the dimensions of Earth. At the time I learned of John E. Clark’s research. One area in which he specialized was the documentation of sacred geometry at mound sites throughout North America. Several millennia before the 1st Dynasty of Egypt, the Indians of North and Central America laid out ceremonial sites based on the vesica piscis and equilateral triangular grids. 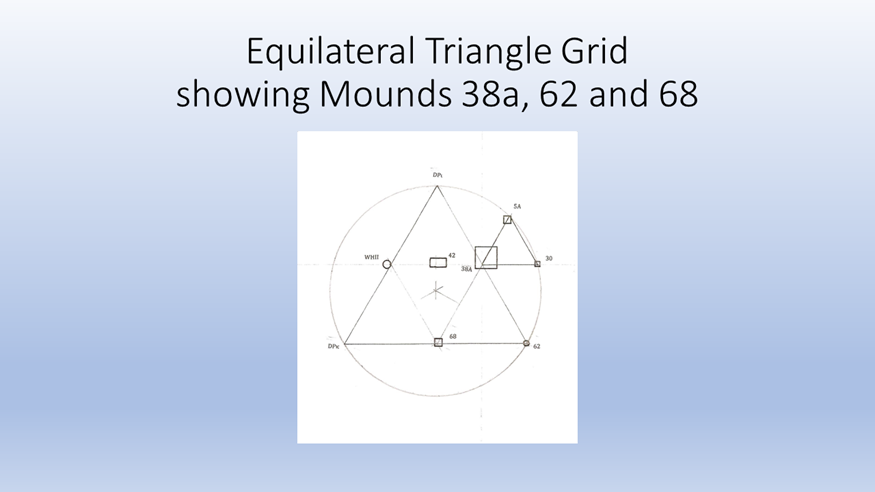 John E. Clark also discovered that the dimensions of these very ancient sites regularly included distances in multiples of 52 and 260. The Maya used both specifically for counting time: 52 represents the number of years in one completed cycle of the Calendar Round; 260 the number of days in a tzolkin, or ritual count.

I took a stab in the dark in the attempt to find a cosmic relationship to the 57m unit. What I found stunned me. The circumpolar circumference of Earth equals 2700 x 260 x 57m. Clearly the measure had great significance. The best example of the importance of the 57m unit occurs in the dimensions of Monks Mound. The length of each of the two topmost terraces equals exactly 57m. The combined lengths of these two terraces multiplied by 1350 x 260 equals Earth’s circumpolar circumference. 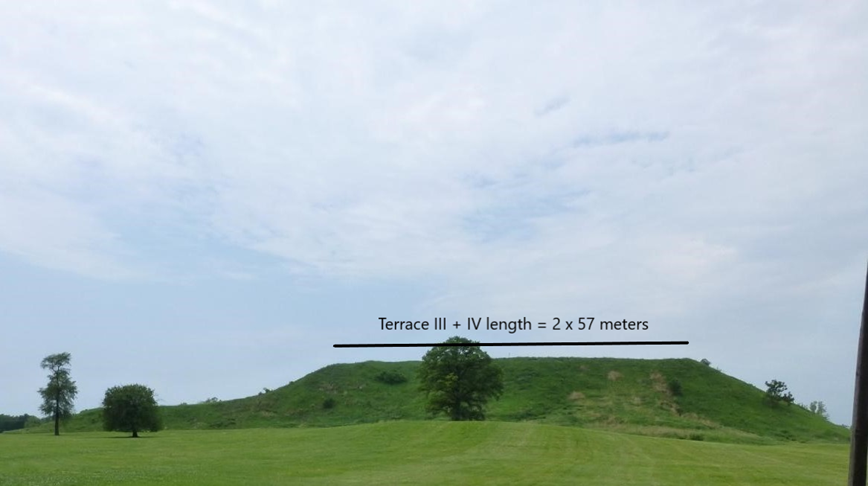 Not only does Cahokia present in the layout of the city a version of the Creation of the World given in the language of geometry and mathematics, but it gives the dimensions of this world. I believe that the Grandmothers informed the Cahokian wise men and women of these cosmic dimensions. Perhaps these data are knowledge held over from Atlantis. Whatever the case may be, in terms of human intellectual achievement, Cahokia is on par with the highest and the best that the world has to offer.

"Traces of Atlantean rituals and ceremonies are to be found among many of the Indian tribes. In Central America... ancient ruins show definite Atlantean influences..." 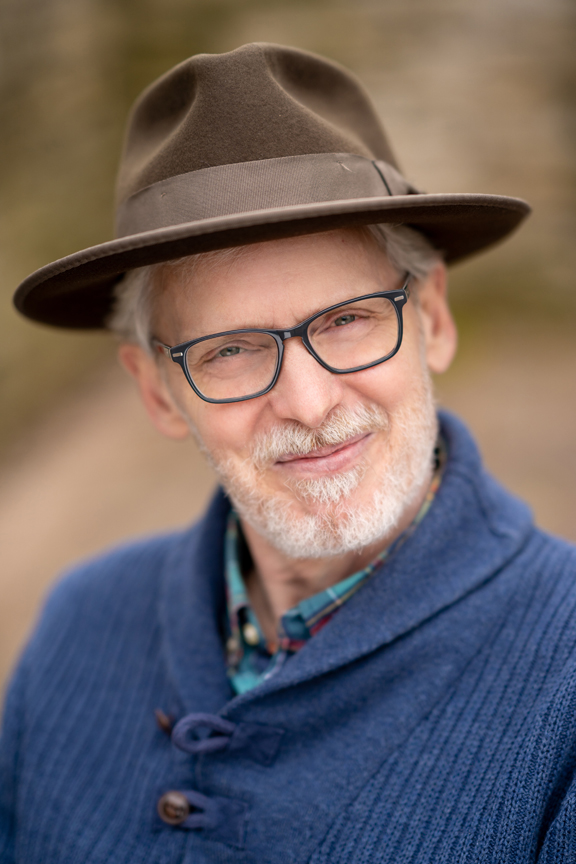 John Thomas Fuhler is a freelance author. His first book, Enter Into My Rest: The Mysteries of Living and Dying Revealed was released in November 2020. He is an occasional contributor to the A.R.E. Blog and Venture Inward magazine.  His book can be found on Amazon, ISBN-13: 978-1595987532

See all by John Thomas Fuhler