The thing I enjoy most in writing my books on ancient Egyptian mysteries is the very extensive research involved. Whether it be in a small church in the romantic Highlands of my home in Scotland or deep within the Great Pyramid of Egypt, the seeking and searching for answers to unanswered questions of our most ancient past is my constant driver. Most times this research can be a highly tedious exercise with hour after hour trawling through dusty old books in tiny libraries in remote locations; hours that become days and even weeks. But just occasionally these endless hours are rewarded with little nuggets of information; little insights that only such intensive research can ever hope to uncover.

But what has any of this to do with the A.R.E. or Edgar Cayce you might ask?

I first came across the writings and prophecies of Edgar Cayce through the work of British researcher/writer Andrew Collins. At that time I was very much a skeptic of Cayce’s insights but as my own research continued over the years this would change; there were times when my work would hit a brick wall and I had no idea how to progress it. This wasn’t just a simple case of “writer’s block” but something much more troublesome—I was seeking an answer to some particular conundrum in my research and finding nothing but dead ends.

One night as I lay in bed thinking over a question I had been mulling over for the best part of a year, I drifted into a very light sleep. I know I wasn’t fully asleep but neither was I in a fully conscious state—I was in the ethereal borderland between sleep and wakefulness which psychologists refer to as hypnagogia. In this particular state my brain seemed to be very “fluid,” making associations between ideas and concepts I had never been able to imagine in a fully conscious state. And it was in this particular state that the answer to the question I had struggled with for almost a year came to me in a sudden flash of inspired thought; and I was alert enough to be able to remember it. I leapt out of bed and wrote down this insight in case I forgot it.

I didn’t know then but this state of hypnagogia would help me on no less than five occasions in the research of my most recent book, The Great Pyramid Hoax. It is a state that has assisted countless numbers of artists, thinkers, and other creative people for hundreds if not thousands of years. And it is this personal experience that now convinces me that Edgar Cayce, known the world over as “the Sleeping Prophet,” was most likely doing something similar; that he was tapping into and receiving his remarkable insights from this same borderland zone.

Cayce stated that our subconscious minds are creative resources and that we are best able to tap into our subconscious during presleep—that 20-minute time period just prior to sleeping that is called hypnagogia.

Scott Creighton is a communication network engineer with a life-long passion for ancient Egypt. For almost two decades, Creighton has immersed himself into intense research in an attempt to make sense of the many mysteries of this most ancient civilization. His many articles, books, radio and TV appearances have brought an entirely new perspective and understanding of our ancient past and, simultaneously, presented orthodox Egyptology with some considerable challenges to its own narrative. He lives with his wife Louise and two teenage children in Glasgow, Scotland. He will be presenting his latest research into the Great Pyramid Hoax at our October 2018 HQ Conference.

See all by Scott Creighton 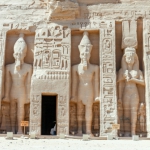 John Van Auken, Robert Schoch, David Hatcher Childress, Kala Ambrose, Carol Sue Janes, and other renowned explorers and researchers share the latest discoveries of hidden histories and mysteries - from around the globe to the stars.