Join
Sun Spots, the Power of the Mind and the Cayce Readings
Donald B. Carroll

An Edgar Cayce reading tells us that humankind’s state of consciousness on Earth can influence sun spot activity. Below are excerpts:

…do ye wonder then that there become reflected upon even the face of the sun those turmoils and strifes that have been and that are the sin of man?

…Much as that confusion which is caused upon the earth by that which appears as a sun spot. The disruption of communications of all natures between men is what? Remember the story, the allegory if ye choose to call it such, of the tower of Babel.

The Cayce readings remain on track. Last May, NASA began to publicly report on a huge solar storm event called a coronal mass ejection (CME); and the general media has picked up on it. That event occurred on July 23, 2012,when a massive electromagnetic storm shot through Earth’s orbital path, just missing giving Earth a broadside that scientists state would have set civilization back centuries! The potential damage to the U.S. alone was estimated at over 2 trillion dollars. NASA’s article also states that there is a 12 percent chance of such an event actually occurring in the next 10 years.

“July 23, 2014: If an asteroid big enough to knock modern civilization back to the 18th century appeared out of deep space and buzzed the Earth-Moon system, the near-miss would be instant worldwide headline news.

“Two years ago, Earth experienced a close shave just as perilous, but most newspapers didn’t mention it… According to a study by the National Academy of Sciences, the total economic impact could exceed $2 trillion or 20 times greater than the costs of a Hurricane Katrina. Multi-ton transformers damaged by such a storm might take years to repair. … If Riley’s work holds true, there is a 12% chance we will learn a lot more about extreme solar storms in the next 10 years—when one actually strikes Earth.”

Another science article documents that the earth’s magnetic field is rapidly weakening. It is this magnetic field that gives us some protection from such solar events as discussed here. If these events happened concurrently, the results would have even a greater impact than already predicted.

"Earth's magnetic field acts like a giant invisible bubble that shields the planet from the dangerous cosmic radiation spewing from the sun in the form of solar winds."

As noted in the aforementioned Cayce reading, we almost experienced a modern tower of Babel event. Curiously such an event that would knock civilization back to primitive technologies is theorized by Dr. Robert Schoch in his book, Forgotten Civilization, as having occurred 12,000 years ago to ancient advanced civilizations. This recent “near miss” also seems to harken to some of the apocalyptic predictions of the Mayan prophesied date of 12/21/12.

Fear not! Though this may seem to be a report of doom and gloom and dire circumstances, it is actually one of good news. It was a near miss; we did in fact dodge the “bullet.” And why is that? Again the Cayce readings can give illumination.

Know that thy mind—thy mind—is the builder! As what does thy soul appear? A spot, a blot upon the sun? or as that which giveth light unto those who sit in darkness, to those who cry aloud for hope?

It would appear that the consciousness of a number of humans was elevated and enlightened enough to fend off the darkness of others in turmoil and confusion, thus avoiding this cataclysmic event as the readings say can be done.

As has been given, however, that which has prevented and does prevent the whole of civilization becoming a turmoil is the attempt of those who have the ideals of the Prince of Peace at HEART! And as of old, the prayers of ten may save a city; the prayers of twenty-five may save a nation - as the prayers and activities of ONE may! but in union there is strength. Then if that purpose would be kept, then it must ever be kept in mind that we ARE our brother's keeper!

There is even documented evidence that this may well be the case. Dr. Steven Pinker, an evolutionary psychologist, believes that we are in the most peaceful time ever in human civilization. Despite the constant media bombardment of wars and violence, Dr. Pinker traces all such events and more throughout civilization and has come to the conclusion that we are in the most peaceful of times.

Perhaps this is the reason that all these predictions and events have not culminated in disaster. This is a call to keep the faith in our higher selves and not allow external events and media to cause us to falter in our belief of the greater good. Each one of us is integral in creating this higher consciousness and in shedding light for each other rather than shedding blood. Each and every one of us is vital to this. As so well illustrated in the proverb ‘For Want of a Nail’:

As the readings have noted; the kingdom is within. With each one of us going within to our higher self, we keep the kingdom intact for us all. 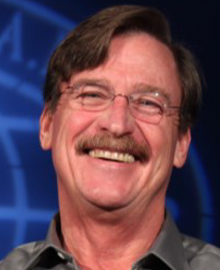