Join
The Language of the Cayce Readings
Gina Cerminara

Many thousands of people are introduced to the Edgar Cayce information every day. Some find it hard to understand the readings in the format in which they were given—what some call a King James-style of language. In 1945, Gina Cerminara, author of the best-selling book Many Mansions, wrote an article about the language of the readings for an A.R.E. Bulletin. We thought it would be helpful to revisit her insights. Here is an excerpt of her article.

Anyone who has ever had a reading from Edgar Cayce knows that the language in which it was couched was very often hard to understand. Why was the language so odd? To this question, we cannot give a complete authentic answer, because we are not in possession of all the facts in the case. But we can draw some reasonable deductions from what the readings themselves have offered as an explanation, and we can make an intelligent appraisal of all the facts as we know them, in connection with the phenomenon of language in general.

Now it seems fairly clear that, whichever source he used to obtain his information, he was speaking from a point of view infinitely more vast and more intricate than the point of view available from the earth-plane; and it is perhaps for this reason that a language difficulty arises. Exactly what the language mechanism was has never been explained by the readings themselves, except for very fragmentary remarks to the effect that higher-dimensional realities cannot easily be expressed in three-dimensional terms. This sounds reasonable.

It must be remembered that the readings were given from a point of view of an enlarged consciousness—that is to say, the source of information was conversant with many dimensions and needed to be condensed into three-dimensional terms. This is a difficult thing for us to grasp, because we are all so completely embedded in a three-dimensional consciousness that we cannot conceive of realities of four, five, six, seven, and more dimensions. Yet both mathematicians and physicists, occultists and clairvoyants, assure us that higher dimensions do exist; and the readings themselves often make reference to the fact.

By way of learning to appreciate the difficulty involved in compressing knowledge into narrower terms than those really adequate to describe it, one might try a little experiment. One might attempt to make a description of something, say the American flag, without using any words that contain the letter “r,” on the assumption that you were talking to a person whose language contained no letter “r.”

It seems a simple enough sort of assignment. Yet the moment you began to refer to the most basic features of the thing you would realize that you could use neither the words stars nor stripes. Your first task would be to find other ways of expressing those ideas. Not even bars…perhaps bands would be the closest available equivalent. For stars you might begin to say, “five-pointed figures,” and in the midst of it realize that figures would be incomprehensible to an “r”-less people; so you would settle on five-pointed symbols of heavenly bodies.

Red would be your next preoccupation. You could neither say darker nor deeper shade of pink, but finally you would approximate the idea by saying deep pink. You cannot say there are thirteen bands which alternate in color, nor can you remark that there are fifty stars which represent fifty states of the United States of America. Even the word country would be unavailable to you.

“The flag of the United States of the Continent of the West consists of eight and five bands of white and a tint that might be called deep pink, passion pink, wine pink, that is to say, the tint of blood—a band of white and then a band of this tint. In the top left of the flag is a field of blue on which we see fifty five-pointed symbols of heavenly bodies, each to stand as symbol of the fifty states that make up the land.”

This—as anyone who has ever read a Cayce reading will admit—sounds extraordinarily like a reading—and its clumsiness very likely arises from the same basic cause.

The readings, of course, need no apology. Their merit has been proven so many thousands of times in so many extraordinary cases that the genuineness of their clairvoyance can simply not be questioned. But it has seemed worthwhile to write this article in the interest of bringing out into the open a matter which, to some people at least, looms large as an obstacle to the full acceptance of the readings.

Excerpts from an article in the A.R.E. Bulletin (Dec. 1945); reprinted in The A.R.E. Journal (Apr. 1966). [Updated to reflect fify states rather than the forty-eight at original printing.] 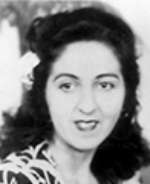 Gina Cerminara (Apr. 11, 1914–Apr. 1984) was an American author in the fields of parapsychology, spirituality and reincarnation. She was born in Milwaukee and received BA, MA, and PhD degrees in psychology from the University of Wisconsin. She spent years researching the readings of psychic Edgar Cayce before publishing the best-selling book Many Mansions. She toured as a lecturer in the United States, Great Britain, Ireland, and Japan.

See all by Gina Cerminara 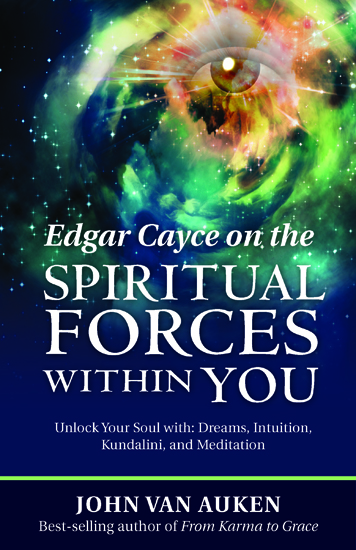 Using the wisdom and vision of the world-famous seer Edgar Cayce, Van Auken helps us reach our spiritual life force that is intimately and ultimately connected to all of life, all of time, and all of space—a part of ourselves that is our true self and is naturally in touch with the infinite and the eternal.