Join
The Metaphysics of the Edgar Cayce Readings
Cindy Griffith-Bennett

As I was preparing to incorporate the Edgar Cayce philosophy into a talk I was giving on metaphysics, I first read There Is a River and was moved by Cayce’s humility, kindness, compassion, urge to be of service, and the way he prayed for guidance and vowed to stop doing readings if they ever caused harm. He was not in it for the money, although people would have paid a fortune for his readings. He stayed humble throughout his entire life. I especially enjoyed the chapter titled Philosophy, which gave an overall view of his metaphysical outlook. I felt a deep kinship to the material and a profound respect for Cayce.

Next I read Contemporary Cayce by Kevin J. Todeschi and Henry read. So easy to understand, I recommend it to anyone interested in learning more about the philosophy of the Cayce readings.

I now had an outline for my lecture: Birth of the Soul, Reincarnation, Karma, Vibration, Ideals, and Affirmations. Excited to begin my research into the Cayce readings, I used my A.R.E. membership and searched the actual readings online by putting in key words that I was interested in.

I wanted to begin my talk with my favorite Cayce teaching: the birth of the Soul, yet I couldn’t find the source readings to match what I read in Edgar Cayce’s Past Lives of Jesus by Glenn Sanderfur. This conundrum prompted a visit to the A.R.E. library. A.R.E.’s library houses one of the largest collections of metaphysical books in the world. I asked the librarian how to find where Cayce tells the entire birth of the Soul story in one reading. She smiled, telling me she was researching the birth of the Soul too and just asked A.R.E.’s CEO, Kevin Todeschi the same question! What synchronicity! It turns out there is not one reading with the story told in full; the information has been collected from a number of them. Conundrum solved! She pulled the list of books Kevin suggested out of her purse and made me a copy. Even more convinced that the Cayce material brings like-minded souls together, I left with the librarian’s recommended book, The Rest of the Noah Story in hand!

When I read the different Cayce readings on the birth of the Soul and some A.R.E. author’s versions, I thought the story seemed familiar to me. Then it came to me. Cayce’s birth of the Soul closely resembles the creation myth of Ponticus Evagrius, a second century Christian desert mystic I had researched when undertaking my Masters program. Evagrius was familiar with Origen, also a Christian mystic with a similar creation story associated with Plato’s version! It was then I realized just how clearly Cayce was able to access the Akashic Records and higher levels of consciousness. Even though a religious man, it is highly unlikely he read Evagrius, Origen, or Plato’s more obscure writings! The importance of Cayce’s creation story is that it lays the foundation for his metaphysical teachings. Through it, we learn reincarnation and karma are part of a larger plan to bring lost souls home to once again be conscious co-creators with God. We discover how the Soul later known as Jesus, and other souls, came to earth to be examples of how to live so we can evolve and to remind us how much God wants us to recall our true identity. We learn that the difference between our true nature and our physical body is only a rate of vibration. The story also makes clear why Cayce believed Jesus is the best example of our highest Ideals, but we are jumping ahead. From birth of the Soul, I continued on to reincarnation.

I had my own views of reincarnation and wondered what Cayce taught. I was happy to discover our beliefs aligned. Of course, being Cayce material, I found some wonderful nuggets to add like the primary goal of reincarnation is to bring Spirit into Earth. Cayce explains, through reincarnation we come to comprehend our true identity and in doing so, we bring Spirit to Earth.

And that purpose is that you might know yourself to be yourself,
and yet one with the Creative Forces, or God.

If you are going to teach about Reincarnation, you can’t leave out Karma, so my study of the Cayce material continued.

Karma ends up to be the only subject I have encountered where Edgar and I don’t quite see eye to eye. Cayce’s view that the purpose of karma is to assist us to come into a place of balance and an eventual state of love and oneness is very similar to how my other studies understood the purpose. Where I find a difference is in how that opportunity for balance arises in future lifetimes. I understand the opportunity for clearing Karma to manifest in ways less directly connected to how the karma was incurred. Cayce’s insight on how communities, nations, and races bear karma just as we do on a personal level is found in many spiritual teachings. Still today, the readings have a way of speaking to people from multiple beliefs without alienating or proselytizing. He taught other ways to evolve besides reincarnating, including bringing Christ or Oneness Consciousness into our being, which Cayce explained, is a matter of vibration.

One of my favorite topics to teach students looking to shift their energy and take responsibility for their lives is Hermetic Philosophy including the Seven Universal Laws. When reading the Cayce material, I was excited to find an unusually deep understanding of a central Hermetic tenet, the Law of Vibration. Cayce explained healing is a matter of shifting to a higher vibration and the importance of being aware of our vibration and how prayer and meditation raise our vibration. It was easy to include Cayce’s views on vibration in my talk, as once again, I didn’t have to change a thing. More proof of the universality of the teachings and Cayce’s ability to access both the Akashic Records and the Collective Unconscious.

Not everything I found in Cayce’s readings was familiar. I was intrigued by his unique concept of Ideals. Growing up, I struggled when told morals should be my Northern Star. Being a spiritual rebel, I never wanted someone telling me how I should think. Cayce turned this concept inside out. He advised Ideals be our Northern Star. Yet Cayce said Ideals need to come from within us not from someone else. He tells us to identify what our Ideals are and use them in guiding us in making decisions, deciding how to react to life’s up and downs and directing our lives. As a devout Christian, Cayce upheld Jesus’ life as an example of the greatest Ideals. While researching, I was taken by the usefulness of Ideals and soon added them to my own spiritual practice with instantaneous positive results. Later, when asked what Survey Lecture (free afternoon lectures given at A.R.E. headquarters) that I was passionate about teaching, I chose Ideals. I decided to finish my lecture with Affirmations.

Edgar Cayce stressed the importance of Affirmations long before Louise Hay made them famous. Not only to be used as an important tool in meditation, Cayce advised that affirmations assist us with healing, spiritual growth, and general mental and emotional wellbeing.

Cayce’s use of affirmations and his other metaphysical teachings rival any New Age guru, which reinforces what I begin each Survey Lecture saying, “The importance of Cayce’s work is just as relevant for today’s seeker as it was for those lucky enough to have had a reading from Cayce himself.” 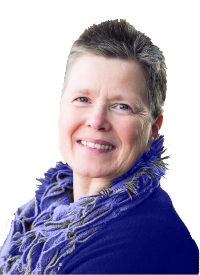 Cindy Griffith is a psychic, spiritual teacher, conference speaker, and blogger. Author of Soul Soothers: Mini Meditations for Busy Lives and co-author of Voyage of Purpose and Grow Your Spiritual Business, she travels extensively as a guest psychic and spiritual teacher to locations around the world. Cindy shares her psychic insights and teaches throughout the U.S., online, at Edgar Cayce’s A.R.E. in Virginia Beach and across the US as a A.R.E. Field Conference speaker. Cindy earned her master’s degree which focused on “The Mystic’s Journey to Spiritual Maturity.” Find more about Cindy, her classes, articles, books, and psychic readings at CindyGriffith.com

See all by Cindy Griffith-Bennett