…sounds, music, and color may have much to do with creating the proper vibrations about individuals that are mentally unbalanced or ill in body and mind.

When I was about fifteen or sixteen years old, I recall going into my father’s office to look for something to read. As I scanned his bookshelf, I eventually chose - or maybe I should say the book that chose me - was the Edgar Cayce Companion. I became so fascinated by what I was reading that I quickly sought to devour anything I could find on the Cayce material.

Something indicated in many readings and which had a very profound impact on me was the teaching that vibrations, especially those of music, could be a way to physical, mental, and spiritual well-being. In fact, many readings indicate that music lessons, listening to specific types of instruments, and even listening to specific classical compositions could revitalize the structure of the body at an atomic level.

As I dove deeper into my spiritual study, I began to notice that Cayce wasn’t the first to express the profound power of sound. The ancient Hindu texts say that the sound of OM is the power that started and continues the creation process. The Judeo-Christian Bible states that “In the beginning, God said ‘Let there be light.’” This verse seems to also imply that it was sound which gave rise to creation. Shamans throughout the world use the sound of the voice and other instruments to get into an altered state. While the Islamic Sufi’s invoke the aid of music to help them transcend and connect to the Divine.

Therefore, it seems that the energy of sound and music have always been known to have a profound effect over the mind and body. You probably have even experienced it yourself. For example, did you ever turn on the radio and the song that’s playing made you want to get up and dance or perhaps it filled you with emotion and moved you to tears?

If you have then you know that music and sounds have the ability to touch the deepest parts of our being. For this reason many refer to music as “the language of the soul”. Cayce supports this when he stated that “music is of the soul…it is part of the beauty of the spirit…it expresses spiritual ideals and uplifts the soul.” (reading 5401-1, 3659-1, 949-13). And because of this some traditions say that of all the art forms music is the most sacred because it is the art which expresses the inexpressible.

For example, the art of painting relies on visual form, poetry is an art which relies on words, suggestive of form, but only music raises the mind and soul above external forms and allows it to touch that which is formless. And so, one could say that music is the bridge between the physical and the spiritual.

What is more, in many traditions, sound has also had an ancient kinship with meditation and healing. The Cayce readings say that music and sound was used by the Atlanteans and then later brought by them to ancient Egypt where sounds, music, and chanting were used as healing modalities within the ancient temples. But, sound has also been used by Australian aboriginal tribes who’ve used the didgeridoo as a sound healing tool for over 40,000 years. While many eastern traditions use Tibetan/Himalayan singing bowls and bells for healing and spiritual ceremonies.

When it comes to meditation using sound is fairly simple. First, you want to find a relaxed and comfortable position to rest your body for a period of time. And then, while the body is relaxed and calm, your consciousness is trying to be very aware, alert, and attentive to “something”. That something is often referred to as “the object of meditation”; and it can be anything from a mantra, to breath, a picture of a holy person, etc… In a sound meditation the object that you are going to be alert and attentive to is - you guessed it - sound!

Depending on the facilitator of the experience the sounds used can be singing bowls, didgeridoos, rattles, harps, gongs, chimes, and/or many other instruments. And you begin by putting your awareness upon the sounds and whenever you notice that the mind has wandered you gently and lovingly encourage yourself to return back to the sounds again. During the experience there might be a moment when the facilitator plays a sound and lets it fade into silence. If that occurs, you are still trying to be as attentive to the sound as you can be. What I like to say is, “follow the sound as it fades out and let it carry you into your inner silence”. Then, when the sounds start up again just gently bring your awareness back.

From the many sound meditations I have offered around the country I have seen and heard from attendees how sound touches every nerve and fiber in the human body; profoundly affecting physical, emotional, and mental health. And with the growing popularity of sound meditations a lot of research is now being conducted on these methods. The research has shown that sound meditations can be very helpful because the vibrations have the ability to change brain waves; moving the brain from ‘beta’ which occur when we are active and thinking, into ‘alpha,’ the waves present when one is resting or in a relaxed meditative state. And if the meditator can get very relaxed there is a potential to shift the brainwave activity into ‘theta’, which is very deep, rejuvenating brainwave activity.

According to an article published in Psychology Today, sound-based treatments have also been found to improve mobility, reduce muscle pain and stiffness, increase blood circulation, and lower blood pressure. While the American Journal of Health Promotion found that adding sounds from a Himalayan singing bowl has more of an impact on heart rate and blood pressure than formal meditation, alone.

Many other studies have shown that sound meditations reduce physical pain from diseases such as arthritis or fibromyalgia; decrease the pain associated with surgery; effectively relieve tension, reduce fatigue, help with depression, and bring an overall sense of greater well-being to the individual.

As usual though Cayce was way ahead of his time for he stated in his readings that sounds, vibrations and “music will best bring healing and strength to the body…” (949-12) 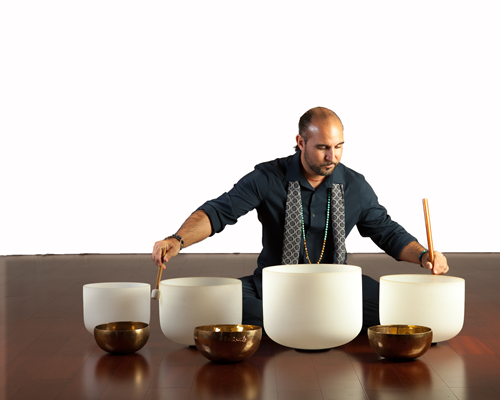 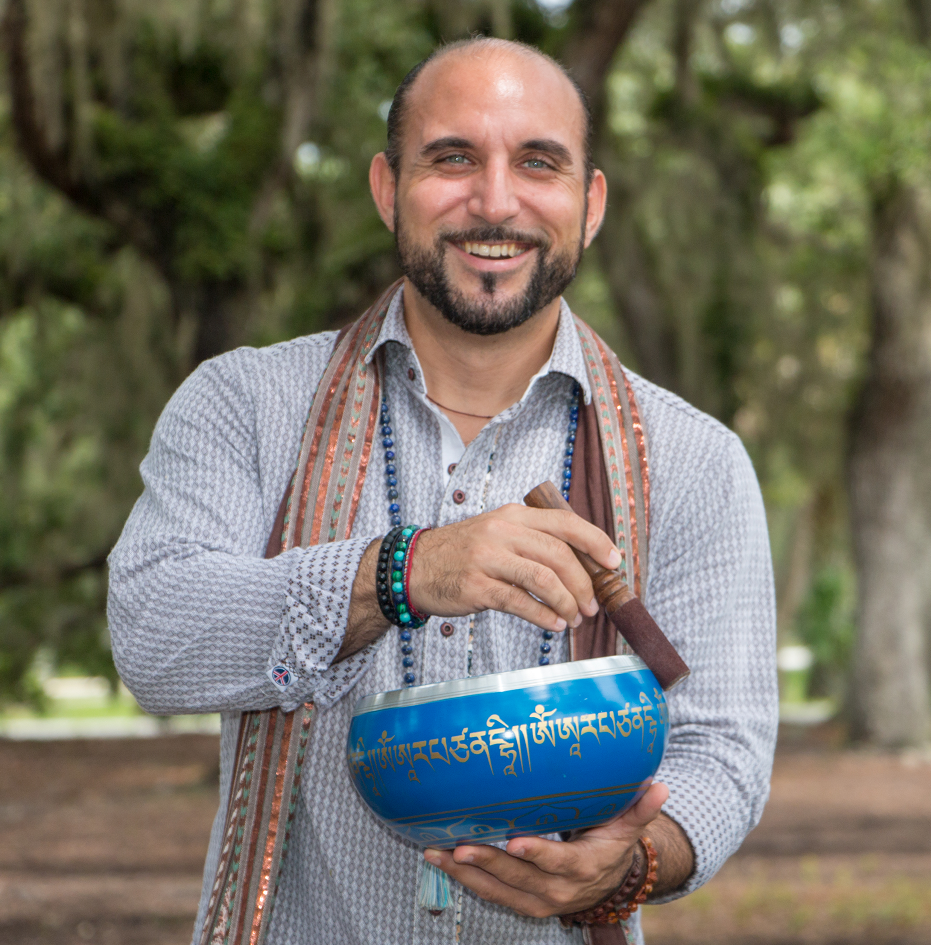 Anthony considers himself very blessed to have studied under the direct guidance of Jack Kornfield, Sharon Salzberg, & the Dalai Lama.

Anthony is based in Florida but teaches classes, workshops, & leads meditation and spiritual retreats around the world. His popular "Good Vibrations: Sound Bath Meditation Experiences" have sold out venues across the nation; including the art world's premier show, Art Basel, in Miami, FL.

He has been an avid student of the Edgar Cayce material since the age of 16 and became a regular presenter at the A.R.E. since 2018.

His writings have been published in the mindful sites "The Elephant Journal", "Thrive Global", and Anthony has been featured in many well-known print and online publications such as "The Huffington Post".

His guided & sound meditations are available for purchase or download on iTunes, Amazon, Spotify, as well as, many nationwide retailers.

See all by Anthony Profeta