The Prison Outreach Program—
40 Years of Service
By Karen Boldt 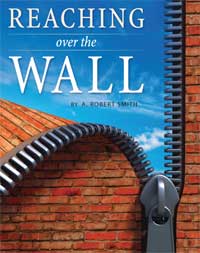 Do you remember 1972? Richard Nixon was in the White House, American Pie was at the top of the charts, Pong was the hot new arcade game, and as it just so happens, A.R.E. staff member Judith Stevens began the little Prison Outreach program she called "Over the Wall." She began by answering letters from inmates who wanted more information on the man called the "Sleeping Prophet." Ten years later, using her own money and tithes from other A.R.E. staff members combined with donations from her study group, Judith and other volunteers were sending out nearly 8,000 books a year. In 2012, the Prison Outreach Program's 40th anniversary, we are scheduled to send out more than 12,000 packages!

When I began working with the Prison Outreach Program, the number of letters received was overwhelming: typically more mail than all the other A.R.E. departments combined. I once counted 200 letters in one day. In 2008, we added an e-mail form to our Web page, and it generates about 50 requests per month with 90% being new inquiries. Each day, I found myself drawn to the box of unanswered letters. The bold red block letters – "INMATE MAIL" or "MAILED FROM STATE CORRECTIONAL FACILITY," made me wonder: What if I were to lose my physical freedom—regardless of the circumstances—would I "venture inward" or rage against the machine?

Day after day, letter after letter, I have been inspired and moved by the level of courage and devotion shown by these men and women who are seeking a spiritual path in the most unlikely of places. People like Charles, who writes:

"The changes already have been dramatic, even in the surrounding I'm in. As one who has been incarcerated for nearly 12 years, I know that my location is not a prison, but an ideal location for soul development. Daily, even hourly, I am given the opportunity to learn patience and tolerance. Not on every occasion do I react accordingly, but on most occasions I do. And one day, I will live with only love and respect for God's children.")

There are many reasons why the Cayce material deeply touches and transforms so many within the confines of our nation's prisons. At the core of the Cayce readings is the emphasis on personal responsibility—your present circumstance is a culmination of the choices you have made. Every thought and action led you directly to where you are today. With this law in place, there is always a choice to change course. This message is being received loud and clear by the prisoners. As Terrence in Michigan so eloquently puts it:

"Times have been very difficult for me. It seems as though people have been going out of their way to aggravate or irritate me. I ask that you pray with me, for continued strength to overlook, avoid, and withstand these events. To learn from them and find out what I am doing to cause them or have done."

This transformation extends beyond the prison walls effecting the transition back into society—studies show that if inmates participate in a faith- and/or value-based program, they are 50% less likely to be rearrested when released. William in Florida shares his experience:

"Thank you for the love you send behind the fence to inmates. I was released 4/23/12 and am forever changed toward the light of love by my prison experience."

When I give a presentation about the Prison Outreach Program, this quote always catches in my throat. It is the essence of why we do what we do. It's from Alfred in Texas:

"Prayers are truly answered, as I am writing this letter from my kitchen table at home! I can't express the thankfulness I feel in my heart for the support you all at A.R.E. have shown me and when I return to work, I will be joining the membership program. I don't feel paying a membership fee even begins to show how thankful I feel for everything the A.R.E. has done to help me grow spiritually and to comfort me and bring peace of mind." 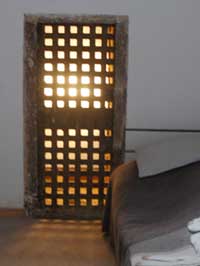 In many institutions, the Prison Outreach Program is the only contact these men and women have with the outside world. Over the 40 years, the Prison Outreach Program has reached hundreds of thousands of inmates, but we can do even more. Even with prisons bursting at the seams—the U.S. has 5% of the world's population but has 25% of the world's prisoners—state and federal governments continue to cut inmate programs.

As our program begins to plan for the next 40 years, our efforts will focus on reaching as many new inmates as possible by getting our core books into as many libraries and chaplains' carts as we can. Each inmate's package contains a return "order form," and we have been collecting data on existing libraries. If and when possible, we will send electronic versions of the books— more cost effective and potentially reaching even more of the prison population.

We will also deepen the relationship with existing participants. A self-study program incorporating the A Search for God material along with courses on dreams, meditation, and past lives will be available in the fall of 2013. Keeping in touch with these men and women as they re-enter society is crucial. We need to build relationships with groups and institutions who service parolees just as we have within the prison system. Plans are also in place to create a scholarship fund for those recently released who would like to continue their studies through A.R.E. membership.

When I make a presentation about our Prison Outreach Program, at least one person comes up to me afterwards and says, "I never knew the A.R.E. had a program like this." I have begun to refer to it as the "A.R.E.'s Best kept secret!" Psst! Pass it along!

Karen Boldt began working at Edgar Cayce's A.R.E. in November, 2004. She worked in the Health Spa as well as the Cayce/Reilly® School of Massotherapy. She is presently responsible for A.R.E.'s Outreach Department including Prayer & Meditation Services which manages prayer requests from around the globe. She also oversees the A Search for God study group program, Prison Outreach, and the Glad Helpers Prayer Healing Group, of which she is a member. To learn more about A.R.E.'s Prison Outreach program or read the Reaching Over the Wall article, visit EdgarCayce.org/prison.